Ursus will take you to the future at Agrotech 2018

Ursus SA, the largest Polish manufacturer of agricultural machinery and tractors, during the International Fair of Agricultural Techniques AGROTECH will present a new version of the C-380 tractor, and new tractor models C-350 B and C-335 B. Our exhibition in Kielce, Poland will inaugurate the 125th anniversary of the company's existence. The 24th edition of Agrotech will take place on 16-18 March this year.

The extensive exhibition offer of Ursus will inaugurate the company's 125th anniversary this year. In Kielce, a new model of the C-350 tractor will be presented, to replace the C-5044 model. The new version is cheaper and has more options compared to its predecessor. Another model will be the well-known C-380. This vehicle with all its capabilities is both economical and environmentally friendly. The model presented in Kielce has been equipped with a Kohler (former Lombardini) engine, characterized by the lowest fuel consumption in class 75, produced by one of the largest engine manufacturers in the world. Thanks to this solution, the tractor received a new mask that further increases the visibility for the operator. Another C series tractor model C-385, changed the engine, gearbox, rear and front drive axles. This is a top machine, designed to meet the expectations of even the most demanding users.

During the fair, Ursus will also present models C-335 B and C-350 B. Both machines are a preview of the production of the category of small light tractors used for various types of small work both on the farm and in the communal sector. These types of tractors are also successfully used in horse studs, small orchards, but also in large farms where vehicle maneuverability plays a significant role. Due to the small size and low dead weight, the time spent on maneuvers is significantly reduced, which affects the efficiency of work. In addition, Ursus will also present well-known tractors in powers from 90 to 110 HP, as well as presses, trailers, spreaders, rakes and rotary tedders.

Participation in this event is part of the URSUS 125th anniversary this year. The prepared booth stems from the idea of combining tradition with modernity. Likewise, our new offer combines the long-standing preferences of farmers with the current modern demands.

URSUS also prepared a unique presentation with the slogan "Experience the Future of Ursus". Thanks to the set of VR glasses, our guests will move to virtual reality, where they will witness the latest idea of ​​the Polish manufacturer - the tractor of the future. 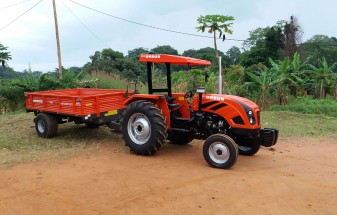 URSUS supports the mission of the Marian Fathers in Cameroon 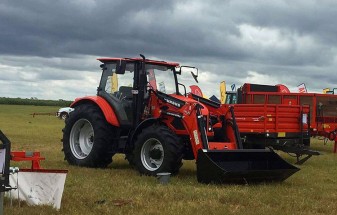 URSUS at FARM-TECH EXPO in Kenya 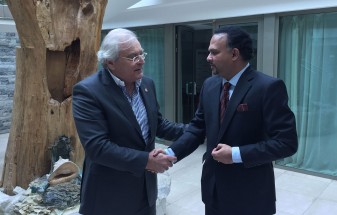 Subscribe to the Ursus newsletter and receive regular news from the world of agriculture, horticulture and transport. The latest information on all topics that interest you: agricultural tractors, specialized equipment and machines, industry news, new products and cooperation offers.